Following the appointment of McLaren Construction as the project’s principal contractor, initial preparations and earthworks to transform the 185-acre site were firmly under way. Collins Earthworks were approached by McLaren Construction to complete the Earthworks on Leicester City Football Club’s prestigious new training ground, being developed on the old Park Hill Golf Club in Leicestershire.

The new training centre will be among the most modern football facilities in Europe. The main building is an impressive structure that moulds into the landscape. Surrounding the building will be 11 full-size outdoor pitches, eight smaller pitches, five training grids and two goalkeeping areas. The indoor facilities include 35 bedrooms, a hydrotherapy pool, rehabilitation facilities and dining areas for the club’s academy and first team, as well as administration offices and a media centre. Next to the main building is a full-size indoor artificial pitch.  The centre will include a sports turf academy, to train the next generation of grounds-people, and a 499-seat mini-venue show pitch, so that the under-23 and under-18 teams can experience a match environment.

Over 11 hectares of retained woodland will be bolstered by the planting of 38,000 new trees. The development will also see the retention of 4.4 hectares of new planting and landscaping and 14.6 hectares of wildflower grassland.

We started on site in January 2019 stripping the topsoil into temporary stockpiles. The majority of this material was saved and re-used for soft landscape construction, mostly around the perimeter of the new development. Once the clearance was complete, the bulk earthworks programme commenced. With the aid of Trimble Business Centre, the engineering team were able to produce a balanced cut and fill earthworks model. Once the final design was agreed, we commenced the cut and fill operation in accordance with the engineer’s specification. All material that was deemed too wet or out of specification for re-use, was modified with lime by our sister company Envirotrac Ltd. Formation under roads and hardstandings were stabilised with lime and cement to improve the natural soil’s bearing capacity, reducing the volume of imported aggregate, a valuable non- renewable resource. This in turn reduced HGV movements to and from the site.

For the earthworks we used our flagship Volvo EC750E excavators along with EC700’s, EC380’s, EC300s & EC220s. The material was hauled on Volvo A60H & A45G all -terrain dump trucks, then spread and trimmed to level using a fleet of CAT D6 dozers with integrated Trimble 3D GPS machine control. Following several visits to site, we eventually finished our works in March 2020. 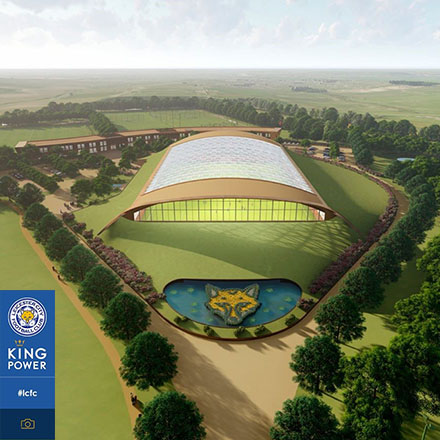 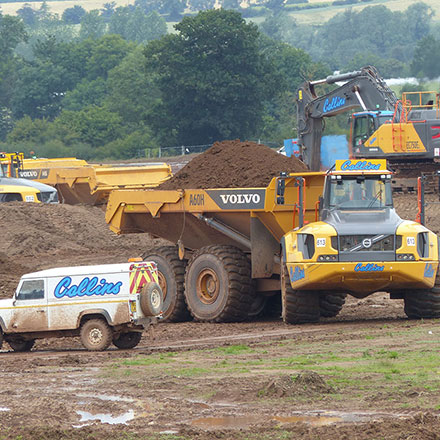